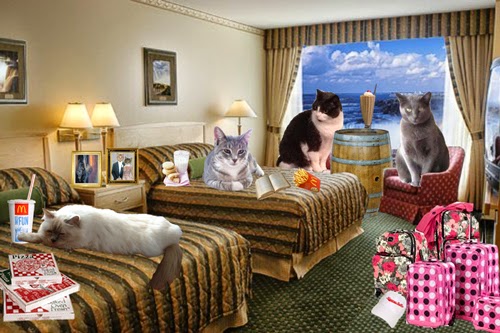 Day two at the falls is soon to begin. The girls decided that there is so much to do at and around the falls we would spend our second day there too. We will catch up with the boys and see what they are up to. 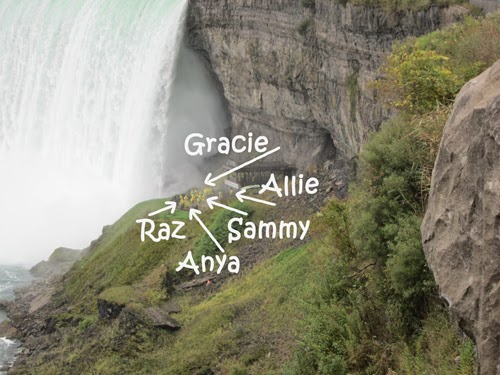 OMC! What a view. Unless you are in the falls I don't think you can get any closer than you are if you are in this spot on the observation deck. It was very loud and wet. 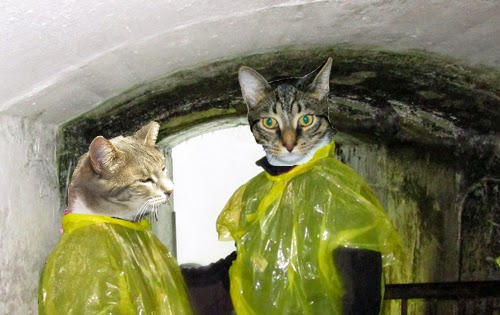 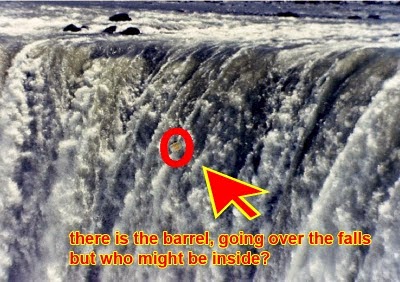 In the afternoon I took some time out just to enjoy the beauty of the falls. It would soon be time to leave and I wanted every moment I could get being by the falls.

Raz & Gracie by the falls
﻿
Raz and I were wondering what the others were doing. I asked Raz if he had seen Sammy lately but he had not. Soon we caught a glimpse of something going over the falls, it looked like a barrel. Who would be in a barrel going over the falls? 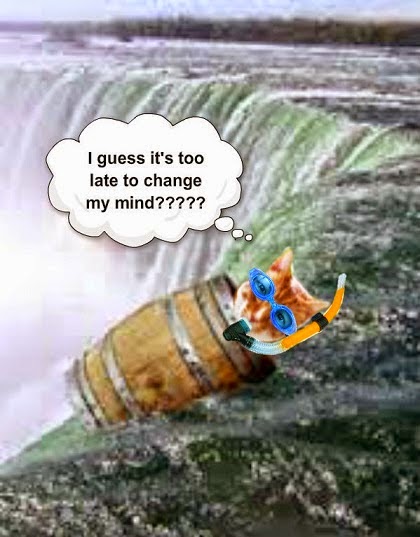 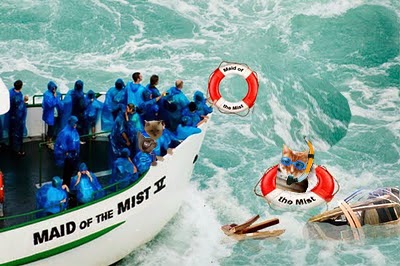 Splash down and good news is it looks like Sammy is alright. Lucky Allie and Anya were on the Maid of the Mist ride and saw him land in the water. The captain of the boat headed over to him and pulled him to safety. 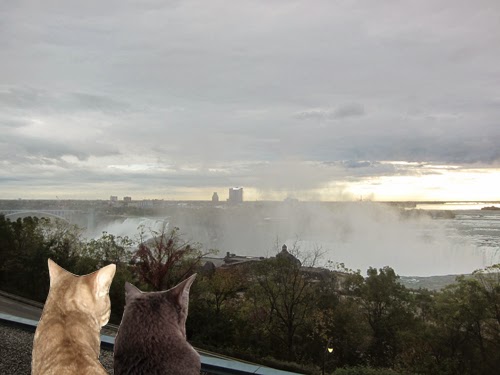 We all headed back to the hotel to make sure Sammy was OK and to help dry him off. We all packed and will soon head down for the bus ride back home. Anya and I look one last moment of the view of the falls from our room. 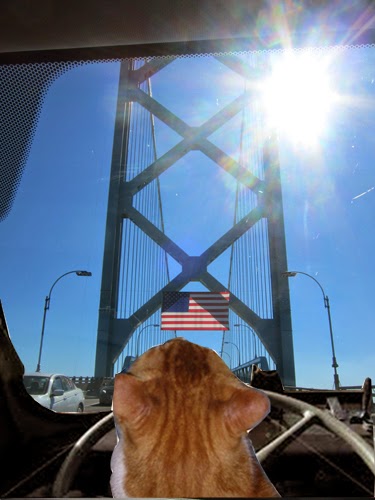 Sammy was not hurt in anyway from his ride over the falls and was ready to drive us all back to the states.

Hope you all had a fun time at Niagara Falls.

I'll never ever forget this trip....it's been something I've always wanted to see and now I can take it off my bucket list!

Hugs and thanks Raz and Gracie - it was a BLAST!

This has been a great trip! We all had a super time.

Wow, we didn't know you could go behind the falls! We should have joined you guys! Glad Sammy didn't get hurt going over the Falls! Glad we got to have such a great time with all of you guys!
Marty and Ralphie

Wow! We just found your kitty blog via MartyManx. Our ghostwriter grew up in Niagara Falls NY! It's fun to see all your wonderful kitty photos! She has been to almost all those places, except the sky wheel. You're pretty brave to go on the Maid of the Mist! Have fun! Please come and visit our doggie blog when you get back home. We have a few kitty friends too.